Over 3, 800 apartments, which have more than 20 dwelling units, have been penalized by BWSSB for not having installed STPs, which was mandated through a Government Order (GO) in January. The penalties cross Rs. 1.69 crore  and will continue each month until a functional STP is installed.

BWSSB has also started issuing notices to apartments where installed STPs are not functioning.

The fines complement the drives against houses (built after 2011 and on plots of 30 ft X 40 ft or above) which have not installed rainwater harvesting systems. Since July, around Rs. 70 lakh have been collected as fines from over 3,500 houses.

On January 19, in a gazette notification, the Department of Forest, Ecology ad Environment had noted the flow the raw sewage into storm water drains and lakes of the city, and had made mandatory reuse of sewage water at the source. BWSSB was to implement the order, while other civic agencies were to sanction projects only if STPs are part of the design plan.

However, since the penalising started, objections are pouring in from various apartment associations.

Some have stated and argued that The order is impractical. There is a constraint of space to build an STP which requires 20 ft X 50 ft space. How will you find this space in existing apartments? Moreover, the entire plumbing has to be redone to reuse the water. Financing STP and maintaining it is also a challenge.

In such a case, who will treat the sewage let out by these apartments and at whose cost?

In fact, Apartments have not been permitted to be constructed in sites measuring 20 feet X 30 feet or 30 feet X 40 feet or 40 feet X 60 feet and apartments are permitted in 50 feet X 80 feet with 1.75 FAR or 2.00 FAR allowing or permitting them to construct only 7,000 sft or 8,000 sft, where, 20 apartments cannot be constructed.  8 to 12 or 16 apartments of 1 bhk or 2 bhk can be built on 50 feet X 80 feet and there are over 24 apartments, discharging approximately about 12,000 litres of domestic sewage into communal drains, which are designed to take only 2,000 litres to 4,000 litres and the honest tax paying and law abiding citizens money is spent to treat or to facilitiate the sewerage fro the violators or illegal buildings.

Severe penal action must be initiated against all the illegal or unauthorized buildings to stop the sewage to be let out in communal sewage and illegal drawing of power from the bescom lines, which interrupt the supply to the legitimate building owners.

BESCOM, must also initiate measures to penalize the illegal and unauthorized buildings, for which the power connection is provided. The power connection is provided on the legitimate approved building plan and the actual construction is twice the approved plan, the illegal buildings or house owners draw more power from the BESCOM, thus disrupting the regular power supply. 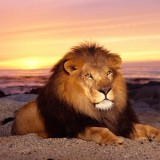 Any more Update? According to the latest info., from a limited circle, on behalf of some old apartment complexes the dispute has already been taken to court, for adjudication !

We are not even aware of the fact that it is pending before the court. There is no update from the BWSSB either. But, BWSSB does not have authority to mandate the commissioning of STP units in such small projects. Let us wait for the adjudication.

Our experience:
More than 50% to 75% of such 20+ apartments have abnormal deviations and as such there is no space left anywhere and none of them will ever spend anymore on such deviations. At the same time, the Government cannot have a Massive STP facility to treat such high volume domestic discharge and the untreated (under treated) sewage is drained in the nearby streams or rivers like vrushabavathi.
Anyway, the subject matter is before the honourable court, let the court adjudicate.

Instant
Some of the observations, which as read and understood by one, seem to favor or justify the steps taken against the old apartment complexes for not having a STP facility in-house. Yours being a law firm, suggest to have re-look into them , in order to come to a rightful conclusion as to where the blame factually and actually lies. For doing so, recommend to mindfully go through and incisively consider the merit / substance of the viewpoints as shared on the website of ‘citizen matters’ @ http://bangalore.citizenmatters.in/articles/4202-the-apartment-law-you-must-know?utm_source=copy

Here is an UPdate- a significant development /right move , in the desired direction :

It is temporarily stopped.

BWSSB WITHHOLDS THE PENALTY FOR NON IMPLEMENTATION OF IT S ORDERS ON STP
Seeks clarifications from government based on feedback from citizens
BENGALURU: Spelling relief for residents of smaller buildings (20-50 units), the Bangalore Water Supply and Sewerage Board (BWSSB) has put on hold penalties for failing to install Sewage Treatment Plants (STPs). It has sought clarifications from the government about certain clauses, including whether the rules are applicable for existing properties, as retrospective implementation has met with stiff opposition.
BWSSB officials said 3,729 notices had been issued between August and December last year. But following consultations with residents, the board has forwarded their concerns to the Urban Development Department seeking directions on 10 points.
“We have asked if this new rule is applicable to existing properties or new ones, as several residents have voiced their inability to install STPs in existing buildings. This is because they have no setback area to accommodate an STP. The other concerns are about utilisation of the treated water. For using this water for flushing, separate pipelines will have to be laid. Some don’t have gardens where the treated water can be used,” said a BWSSB official.
Confusion
Some of the 3,729 property-owners who were penalised have already paid up. There is confusion about what till happen to this money if the government offers relief to buildings with 20-50 units.
“We again approached the Chief Minister’s office this week requesting the government to stop retrospective implementation of the rule. Some citizens have gone to court,” said M.S. Shankar, Karnataka Convenor, Apartment Owners Associations.
Mahendra Jain, Additional Chief Secretary, Urban Development Department said the government will take a decision soon.
STPs mandatory for
Residential projects with more than 20 dwelling units
Commercial projects with over 2,000 sqm built-up area
Educational institutions with over 5,000 sqm built-up area
Townships, area development projects of 10 acres and above
Penalty for non-compliance
Residential projects: 25% of water and sanitary bill for first three months and then 50% till STP is installed
Commercial projects: 50% of water and sanitary bill till STP is installed
3,729 notices issued until December 2016